http://tractionerag.ca http://www.crosstrainingenduro.com
An old 1994 model KLX300. And the owner converted it to fuel injection in his garage about 18 years ago... years before the manufacturers began. And the kermit green machine gets along just fine. I believe that 80-90% of motorcycle reviews are complete garbage. The amount of variables that go into a motorcycle review muddy the water between a review and a sales pitch. Moto reviews are wholly independent upon the skill of the review rider. The winning manufacturer takes out lots of advertising in the magazine, or if it's online the manufacturer's ads start rolling in the side panel. Chris also talks about a particular bug bear of mine, that usually they have ex-racers doing the reviews. How many of us can really ride that hard? And do we even want to? Does it really matter to us if a pro rider could shave a second off his lap time with one brand, when most of us are more concerned with how reliable is the bike, how much do parts cost, and is the seat comfortable. Ex-racers trying to destroy a bike on a track is usually not a real-world test for we gumbies. And some so-called reviews simply regurgitate the manufacturer's advertising drivel and pretend they wrote it themselves... just bullshit dirt bike reviews. Of course not all magazines, bloggers and influencers are bribed like this, but many are to varying extents... and it pays to be very sceptical nowadays. I love seeing old dirt bikes like this showing you don't need the latest and greatest to have fun in the dirt. And this provides a great start to my latest rant about dirt bike shoot outs, and those ridiculous bike of the year bullshit awards. And if you look hard there are guys telling it like it is, like Trevor Hedge of McNews. To paraphrase sections of his editorial: What a total and utter crock of shit this motorcycle of the year stuff is.... and the regular ‘Top Ten’ type drivel. Need to curry favour with a distributor? Come up with a category where you can give them a gong without shaming yourself too much in the process, and everyone wins. So, what most outlets do in order to try to give their audience the “fairest” review is employing these “ex-racers” or “club/track pros.” While this does seem like a great idea, having a person with a ton of riding experience and skill, it doesn’t make sense for the audience. And shootouts. What the fuck does this shit mean? Most of these bikes are different animals, it's like comparing a shark to a lion. There are so many variables in dirt bike reviews that make every single one unreliable: different riders, weight, how much power the bike produces, how comfortable the rider is to push the bike. All of this, and more, changes the outcome of the shootout. And most of the results of shootouts are tenths/hundredths of a second, which proves little to nothing. Stop shootouts, just stop. In another case against bullshit dirt bike reviews, a guy who was former technical editor for Dirt Magazine described the offers they would get. For 200 euros they could buy their way into a best products section in a glossy bullshit magazine - very handy for claiming you won an award in your own magazine. Ed goes on to say: Personally I think it's disgusting that brands are supporting this kind of thing. Like I said it is completely dishonest to consumers and does no good for the industry as a whole. Advertisers know how to get inside our heads, and this stuff is great clickbait... which was the best enduro bike of 2018? Now, I normally roll my eyes at this stuff when it comes around this year. But this year I have been alerted to a few ‘winners’ in various minor categories, and this time they have taken the dirt bike reviews farce too far. Some of the machines chosen are simply so not deserving that they are just taking the piss out of their readers. Or even worse, misleading those that simply don’t know any better. The whole thing has grown into a monumental scam from start to finish. We compare the 300 two strokes and let you know which is best. Here are our top five brands of anodised fuel tank caps. In many cases there is money changing hands in the background. I urge all other bike companies to boycott any publication such as this, and even better do as I have done and 'out them' for what they really are. The people behind these dirt bike reviews are making serious money, almost certainly far more than those who are doing it the honest way. Let's try and put an end to it, it will be better for everyone in the long run. Talking of bullshit dirt bike reviews, guy called Chris said this in one of his posts: 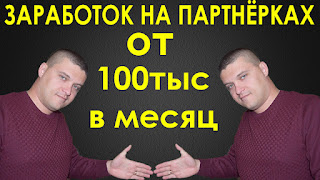